Who Should Carry out Employee Background Checks? Nearly Everyone Involved

It seems obvious that an employee background check should be carried out BEFORE hiring a new employee, but it is surprising just how many employers don’t carry out background checks before doing so. This is possibly because they consider that using the services of a pre-employment background check company is only going to increase the cost of hiring. However, the truth is that the benefits far outweigh the cost of carrying out a check. 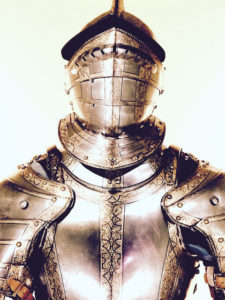 Drug testing of potential employees began back in the 1980’s and it very quickly had an effect on drug users who realized that they could only apply for a job at a company which did not use drug testing. This in turn served to increase the number of drug users in such companies. The same thing is occurring with using a pre-employment background check company: those with a criminal record, poor employment record, and other unsavory habits will be filling the offices and factories of companies who do not carry out checks.

51% of Resumes May Contain Misinformation

Studies have shown that some 51% of all CV’s and resumes contain misinformation – whether deliberate or otherwise – about educational achievement, previous employment, and performance on the job. Looked at logically, this means that half of all interviewees do not provide completely correct information. Simply announcing to all prospective employees that you will automatically carry out a background check will have the effect of discouraging those who understand that they will be wasting their time. Companies like Berke make sifting through the right candidates a lot easier than it has been before. You want to find the right people for the job, but if you have been misinformed, the process takes a lot longer. Many companies has implemented pre-employment tests that candidates will have to undertake before or after an interview, just so the interviewer can find out a little more about them. This seems to be an effective way of narrowing potential candidates for the job. But before you get to this stage, it is important to be truthful on your CV, as this makes it easier for everyone involved.

With the cost of an average background check standing at less than an average day’s pay, you eliminate any obviously unsuitable candidates, thus saving time and money in the process of recruitment. It also means that there is no risk of hiring an unsuitable candidate who will simply become another turnover statistic a bit further down the road. Equally, a good candidate will not be discouraged from making an application because he or she knows that the background check will not show any problems.

Furthermore, using the services of a pre-employment background check company similar to ClearStar (https://www.clearstar.net) can help to reduce the likelihood of misbehavior in the workplace. Such misbehavior can include fraud, theft of company assets, identity theft, possession of drugs, and more, all of which can lead to loss of customers, low morale amongst other workers, and loss of your company’s reputation. You never know, some of your current employees may already be carrying out some of these acts. However, if you hire a forensic accountant chicago, you should be able to identify and prevent some of these crimes from occurring within your business.

There is also a risk of liability for negligent hiring. Even if you had no idea about an employee’s previous history, a court can decide that you should have known. If an employee injures a co-worker, a customer, or even a member of the public, the employer can be held liable: this applies even if the injury was caused outside working hours and away from the company premises.

For all these reasons, and more, carrying out background checks on potential employees before considering hiring them should be a part of the armory of every employer.