When the social security number system was created by Pres. Roosevelt during the Great Depression, it was not originally meant as a means for employee identification. In fact, politically, there were many promises made that it would not be used as a national identification system. However, as is often true in politics, things evolved in a direction that is not necessarily the same as the original intent of the legislation. These days both employers and employees know that the Social Security number is used as essentially a unique employee identification number. However, because of its historical origin, and because of the fact that it originated in the 1930s, the Social Security number system is not particularly secure. There are many instances of fraudulent Social Security numbers being used by employees, and unfortunately, for employers, this can create many difficult problems, the least of which are not just the identification of the employee.

As an employer, you would like to ensure that you know the actual identity of your employees, and that you are in compliance with all state and federal regulatory requirements with respect to employee Social Security number verification. As part of an employee background check system, we can help you with what is called a Social Security number trace report on your employees. This report can help you determine if Social Security numbers that are being used by employees are legitimate, and thereby to mitigate the use of potentially fraudulent Social Security numbers. Among the items that are checked, or used by this system, are things such as the residence history of applicants, former addresses used, the state of issue, the years of issue, and the verification of the number sequence itself. For female employees, for example, it can also help you identify maiden and other alias names. Of course, male employees may also have used different names over time. The unique Social Security Number can also be used for various other applications such as state benefits for disabled people, etc. In this case, the likes of Crest SSD verify people and their history using the same SS number to help identify the benefits they can be eligible for. 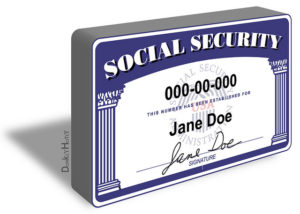